Present in over 70 countries

High power for any kind of project

Here you can be informed about
ATTSU Latest News

This thermal generation system conducts heat throughout glycol water at 40%.

This system is composed by two boilers designed according to ASME IV, one of them operating and the other one on warm standby basis, 1 MW thermal power each one. Both boilers are composed by an economizer to improve efficiency, and achieve a global efficiency up to 96.4 %.

Moreover, this installation is composed by a pumping system to conduct the heat transmitting fluid to the Natural Gas heater, and then injected to the network.

Furthermore, an expansion tank according to ASME VII has been supplied, which is able to absorb volume changes resulting from fluid heating.

One of the boilers supplies heat to this Natural Gas heating system, whereas the other one is on standby is ready to operate immediately if needed in case of an emergency or increasing demand. Everything is performed by a recirculation system which enables the operating boiler to work and adjust to demand, while keeping the standby boiler at minimum power. 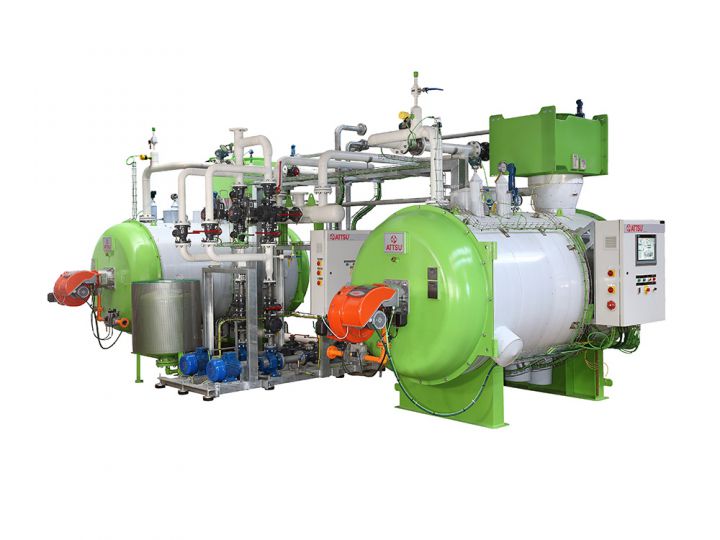